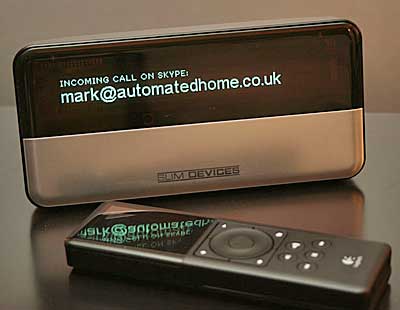 Edward Pearson has just announced that following many months of beta testing, a xAP plug-in for SqueezeCenter v7.x is now available.

xAP Plug-in v2 for SqueezeCenter is a second generation, pure-Perl implementation of a xAP connector for this platform. The previous version, released in 2006 supported server software v6.x (SlimServer) and followed on from the original .Net version. This version has been revised to work with v7.x SqueezeCenter software, features significantly enhanced message display functionality as well as numerous other enhancements and bug fixes plus new documentation…

The xAP plug-in for SqueezeCenter supports messages from these xAP schema
specifications:

The plug-in provides two-way xAP communication for SqueezeCenter with the
following main functions:

The plug-in can be found at:
http://www.erspearson.com/xAP/Slim/slim_main.htm

There is online documentation at:
http://www.erspearson.com/xAP/Slim/Manual.html

Be the first to comment on "xAP Plug-in v2.2.0 for SqueezeCenter Rleased"