As building continues on the Automated Home 2.0 we’ll soon need to firm up our plans for the electrical first fix, due to get underway around November time. That means we need to finalise our specification for the smart home aspect of our self build. So what better time to receive an invitation from Loxone to stay in their Show Home for a couple of nights!

In 2008 Thomas Moser and Martin Öller got together to solve the smart home problem. A year later Loxone was founded and in the decade since, it has grown to a company with more than 250 employees, with its system powering more than 85,000 smart homes around the world.

Located just across the road from their Austrian headquarters in the idyllic village of Kollerschlag, the Loxone Show Home is a contemporary oasis amongst a rural cluster of houses.

Built in 2016 this 5 bedroom, 260 square metre open plan house was custom designed to show potential self builders, architects and partners how a real smart home operates.

Its concrete and timber frame construction is warmed via UFH and a heat pump. There’s a 5 kWp solar PV system on the roof and a 3.6kWh Fronius Battery in the plant room.

Loxone’s promise of “No gimmicks, Real Smart Homes” is not just a throw away marketing line either. This is home automation as it should be. The autonomous decision making by the Loxone system takes the load off the home owner, rather than becoming an added burden like so many others.

The system can be controlled from wall mounted iPads and the same app is available for your smartphone too. But many of the tasks run without any user intervention.

It’s amazing just how luxurious properly implemented automatic lighting feels. You soon get used to the house changing lighting scenes, blind positions and music playlists automatically throughout the day too.

The movement sensors used for these functions can also be employed as your burglar alarm so security is built right in.

The Loxone wall switches are multi-function yet easy to understand as they carry out the same functions in every room.

As more of us move into low energy homes, blind control will become more important, allowing the sun in to heat the house while at other times automatically closing to protect it from overheating.

The Loxone Miniserver is the heart of the system, the hardware that performs all the logic actions in local hardware, rather than relying on external Cloud services that can introduce reliability, latency and privacy issues.

The business end of the Show Home is the plant room downstairs and it’s an OCD work of art.

Loxone’s architecture allows for practically unlimited expansion and the Tree system is one of the company’s most successful advances. It’s designed to speed up installation time by using up to 80% less wiring as well as providing the ‘functional assurance’ of products that work together seamlessly.

The Power of Proprietary

And that guaranteed performance level is the entire point here. In many ways the modern smart home has turned into a bit of a mess. While there’s never been more choice, there’s also never been more headaches.

Multiple apps, lack of any meaningful integration and products that can take up hours of your time maintaining, when they are supposed to make your life more convenient.

Loxone’s approach is to provide a range of home automation devices that work together, guaranteed. There’s no Russian roulette trying to see if those LED bulbs in your kitchen will work with your new smart home dimmer. It’s similar to the Apple model, products from a single source that are designed to work together flawlessly.

That doesn’t mean it’s a closed system though. Loxone are still open to integrating with other protocols and manufacturers where appropriate, for example they support RS-232, RS-485, DALI, DMX, EnOcean, Modbus, Fröling, 1-wire and Internorm. On top of that you have the usual range of digital and analogue I/O that can be used to connect to nearly any other device.

But the burden of designing all of this is taken from the home owner and passed on to the professional partners and smart home installer in the Loxone network. Find one near you here.

Loxone developed their wireless ‘Air’ technology to allow the system to be retro-fitted to properties too. It’s a fully-encrypted mesh wireless network (not Wi-Fi) that allows owners of existing homes to install the system without the need to chase walls and run in new cables.

Even for existing Loxone system owners this is a great option and gives them the ability to add a feature or device that perhaps was forgotten about at the start.

Fancy a switch on a wall that’s not been cabled, or even on something like a glass door, no problem, Loxone Air can solve that.

Loxone are set to expand their operation and their reach as they eye up other markets like the hospitality sector and other commercial installations. Here are some examples like the Red cross in Barcelona and the Hofstetten Brewery that produces the Loxone beer.

In Part 2 and Part 3 we’ll look at Loxone’s HQ as well as our visit to Baudisch near Stuttgart, home to one of Loxone’s manufacturing partners as well as the location for another of their smart show homes.

Our visit to the Loxone Showhome in Austria has been an eye opening experience and one that has us wishing for all these features in the Automated Home 2.0.

You can follow along with our self build here and visit Loxone.com to find out more.

Thanks to Loxone for their wonderful hospitality, to Scott from Epitome Living for all the sage advise and especially to our guide, driver and resident Loxone expert Tyron. Our stay in Austria was a memorable one and we hope to return to sample more of this stunning countryside again in the future too. 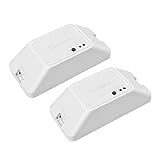 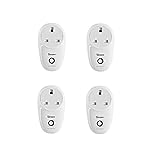