The Masked Installer mulls the recent death of the Philips Pronto and considers how much a certain Cuppertino tablet was to blame.  He considers the Control System alternatives and ponders what it means for the Custom Installation industry…

“Philips withdrawing from the control market by closing the Pronto operation is quite a surprise and it’s got us thinking again about where the Control System market might be headed.

We’ve never done a lot with the Philips Pronto.  We’ve got a couple in projects and we’ve even got an old monochrome unit back at the house in the discarded kit mountain (for details of the discarded kit mountain please contact the editor and I’m sure we can sort something out).  Lot of dealers rave about the Pronto and I’ve seen some lovely work done on it – A NetStreams DigiLinX controller that put NetStream’s own touch panel to shame, a really nice module to control the DF Solutions range of servers, Sonos control etc.  Yet with all that and despite what looked like quite an active pipeline of development Philips have decided to pull the plug. 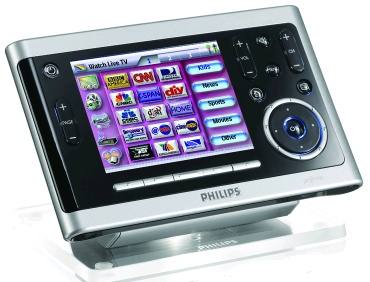 It doesn’t look like a panic exit.  Philips have been trying to restructure, sell or relocate this operation for two years.  Having failed to find another route they’ve simply closed the doors.  And in doing so they’ve posted a big message to the Custom Installation industry that says “We don’t think this is a market that’s worth pursuing”.

Finding numbers in the Custom Installation industry is tricky.  It’s not easy to get to market share figures but gut feel says that the Pronto range did pretty well.  It was a big player in a relatively small pond.  From our point of view it knocked spots off the hideous offering from Nevo and in terms of its extensibility it was ahead of RTI.  We didn’t embrace it because it was getting close to AMX in terms of what it could do but had a development environment that even its own mother would struggle to love.  We saw it as a threat and it’s a real surprise to see it go.  Now it has gone we need to understand what it might tell us about the Control System market.

In pulling what appeared to be a successful range with a strong customer base, Philips appears to be telling us that the Control System market isn’t an attractive enough proposition.  Other companies are telling us similar things.  Control4 have pulled their range of wireless touch panels and if you’ve used the Control4 iPad app you’ll probably agree that’s a sensible move.  The iPad is a game changer; I suspect we’ll never sell another AMX 5200i even though the price of the Touchpanel Control app for AMX is knocking on for what we’d pay for a Pronto 9600.  People want and expect to be able to control their smart homes through the iPad and provided it can be done in a way that we think reliable enough, we’re happy with that.  We won’t make money selling iPads (or the app) but we’ll command a margin for doing the difficult stuff – make it work, make it work reliably, hide the ugly stuff and make it look and sound beautiful.

Interesting times for Custom Installers.  I’m sure AMX, Crestron, RTI and Control4 are busy working out just how they stay relevant.”

7 Comments on "The Masked Installer on The Death of Pronto" 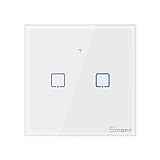