As momentum continues to grow in the Z-Wave smart home wireless mesh networking system we interview their Director of Sales, Bent Sorensen.  We pose your questions from Twiiter and Facebook and discuss the evolving protocol, TV gateways, openess and the carbon footprint…

1. Hi Bent, can you tell us a little about your background and what led you to the world of Z-Wave?

I have an MA in business languages and an MBA in International Management. I have previously been selling VHF/MF/HF equipment for a maritime communications manufacturer in the Americas, Africa and the Middle East. After that I was actually working as general manager for a brewery in the US, when the company behind Z-Wave contacted me. I did not know of Z-Wave at the time but was immediately hooked on the technology when I saw it, and I started with Z-Wave around Sept 2007, when I came back from the US. 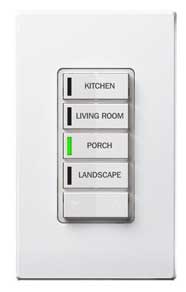 2. For someone that’s never used a Z-Wave device, how would you describe the technology and its benefits?

Z-Wave makes life easier for people, with no need for wires and possibility of controlling all kinds of electronic devices not only when at home but also when away from home through your smartphone or the web. On top of that, it actually makes it possible for you to save money too! You can easily create Z-Wave scenes, so everything is turned off by the push of one single button when you leave home, or you are notified if somebody approaches the door, so you can let him in using your cellphone. These simple solutions for comfort and convenience, safety and security as well as energy savings are available and affordable.

3. Are we going to see an evolving Z-Wave protocol or is it fixed for the foreseeable future?

We recently released our 4th chip/module generation and are already working on next generation.  With each iteration we have achieved smaller size, more features and always ensured that our products are fully backwards compatible to ensure interoperability, which is what separates us from our competitors and the reason we have much more products in the market than any other comparable RF technology.

4. Any plans to open up the protocol to the OpenZWave project or others to allow users to integrate Z-Wave control into their own software in the future?

One of the keys to Z-Wave’s success in maintaining fail-safe interoperability between products and applications has been our rigorous certification process.  We have been very strict about how our guidelines are met so that we can ensure the promise to the consumer that if the product bears the Z-Wave  mark, it will work seamlessly with any other product that has a Z-Wave logo. As this is the cornerstone of the technology, the only path to Z-Wave product development is using the hardware and/or software development kit available through us or Digikey and then going through the 3rd party test house for certification. 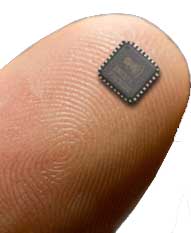 5. As a chip maker, what’s the biggest challenge you face in designing and manufacturing these tiny wireless marvels?

It isn’t as much the design and manufacture that is the challenge for this innovative technology, it is really building awareness in the market that there is a robust and reliable wireless technology that is designed to be user-friendly (not just for hobbyists) and affordable compared to the high end installations that most consumers associate with “home automation”. I think all the smart metering projects that we are involved in world-wide with utilities and/or telcos will make people aware of this, once they see the first units installed, and then they will start expanding their network. Z-Wave was started in Denmark, and whereas Danish Lego is known world-wide by kids, we strive to become the Lego for adults, where you start with simple things and move into more advanced scenarios/devices over time 🙂

6. We see Z-Wave as a worthy successor to the ancient but still fairly ubiquitous X10. But it’s uptake seems slow here in the UK.  Our readers don’t see a huge range of products compared to the US (the Z-Wave locks for example aren’t available) and prices are still comparatively high here. Is it a bit of a chicken and egg situation in new markets?  Any plans to encourage uptake, expand the range or lower prices?

As some of the mass market adoptions from the US bleed over into the EU we will see new bundling of products and services in this market.  The home monitoring and security channel in the US has adopted Z-Wave home control as part of their solution set, adding incredible value to what was previously a service that one only used when something untoward occurred, i.e., a break-in.  Now with Z-Wave home control incorporated in the system, consumers can use the panel to also manage lights and thermostats in the home, thus saving on their energy bills.  The service can pay for itself in some cases!  Big security companies like APX and ADT in the US have already rolled out these programs and based on the success so far, new markets cannot be far behind. There is also no doubt that as volume goes up, price goes down, and manufacturers need to communicate pay-back time for especially energy-saving devices, because €2-300 for an energy gateway may seem expensive, but if it pays back in two years through energy savings, users will be more likely to invest in it. 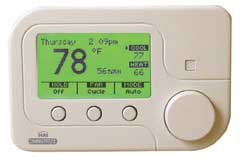 7. OK, so how can Z-Wave simplify the set-up of systems for the new user.  In the age where the user experience is everything, can Z-Wave produce an Apple-like control UI for its products?

As you know the Z-Wave Vera gateway has a very intuitive user interface, and you can actually download an iPhone app for it, and the same goes for other manufacturers (try searching for Z-Wave in the iTunes Store). As more gateways become available the competition will dictate better and more user-driven interfaces. We already have a few new and exciting gateways with great Ui’s from e.g. Qees and Greenwave Reality on their way within the next months. Another great new device is the 3view STB which will be available early next year, and there is no doubt that lots of people see the TV as the natural gateway, where you set up and monitor your home network, so there is something to look forward to. I am also very happy to see the synergy effects obtained when Z-Wave companies work together to bundle things, such as Danfoss, Honeywell, 3view and Horstmann Controls in the SMaRT-Action project in the UK. SMaRT- Action is a demonstrator on how integrating controls for various energy devices around the home into one easy and simple to use interface, can effect long lasting change in the way that energy is consumed in the domestic environment. Providing real time energy information via an on screen display on the TV is hoped to drive user engagement, by making information easier to be disseminated in a non-intrusive manner over and above dedicated display units, that are often located out of sight (in the hall). The addition of being able to provide instant alerts, when needed, is unique in this project in the way the information is integrated with a TV watching experience, seamlessly as a data overlay. Initially the SMaRT Action project is intended to install 9 devices; 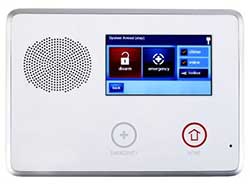 8. Do you think green issues and the carbon footprint are still the number one driver for the adoption of home automation technologies like Z-Wave?

Yes, without a doubt the driver behind the adoption is smart metering and energy savings, so you can turn everything off with the push of just one button, and your thermostats lower heating when the window is opened with a Z-Wave door/window sensor, etc.  When a consumer cannot just reduce his/her carbon footprint, but can save money in the process and in a more convenient way, everyone wins.  The many studies that have been carried out and published on the effect of an energy display, such as Horstmann’s H-Series Home Energy display, indicate that just seeing their energy consumption changes user behavior  so they  reduce consumption by about 10-15%. Once consumers see an ROI on these home control devices adoption will be inevitable. 9. The lack of interoperability between many of the Home Automation standards appears to be holding back its adoption by the general public.  Do you see any progress or a unifying standard emerging in the future?

Consumers don’t care what is in the box, they just want it to work and they want a multitude of available devices.  Z-Wave certified devices ensure interoperability and with bridge devices such as the Vera, devices from other technologies, such as Wi-Fi cameras can be seamlessly incorporated. Z-Wave’s position as the wireless standard in the market with over 450 certified interoperable products world-wide certainly makes Z-Wave at the top of the list in terms of consumer choices.  However, in the near term home gateway devices will bridge multiple standards to bring householders the seamless experience they desire, but I do not think that there will be only one standard and certainly not within the next many years.

10. Thanks for answering our questions Bent. Where should our readers visit to find out more about Z-Wave?

Our consumer website: www.z-wave.com has a product list and a lot of “how to” information for the DIYers.

2 Comments on "Z-Wave Interview with Bent Sorensen – Home Automation to Save You Money?"