At AutomatedHome we’ve been following the innovative Drobo since its launch last summer.  Never before has a storage device managed to be “sexy”.  Of course, we’re never happy and always want more and with Drobo our biggest wish has been for a version with Ethernet so we could use it standalone like a proper NAS.

Today, at MacWorld, Data Robotics have just announce the DroboShare, an addon designed to fit below the Drobo and provide it with a Gigabit Ethernet port!  Even better the new accesory will allow you to connect two Drobos, giving you up to 8 bays of auto-configuring RAID SATA NAS goodness.  We think this makes the already multi-award winning Drobo even harder to resist.  Read on for all the details.

DroboShare is available right away and costs around £120 in the UK (main Drobo unit around £300).  It will allow users to connect to it from any Windows, Mac or Linux client on the LAN and other networked devices (for example media players like Sonos) will also be able to connect directly with DroboShare without the need for a PC.

Drobo say the device is the first NAS solution that supports all major file systems (NTFS, HFS+, EXT3, FAT32).  Additionally, Drobo has the flexibility to be easily disconnected from DroboShare and then connected directly to a host computer as required.  Full press release below. 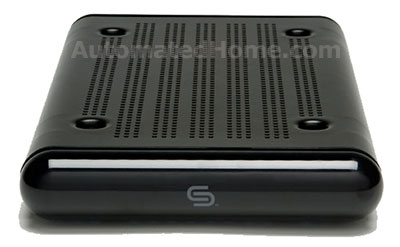 SAN FRANCISCO, CALIF. – JAN. 14, 2008 – Data Robotics, the makers of Drobo, the world’s first storage robot, today announced the launch of DroboShare, a companion for Drobo that enables users to easily share files over a Local Area Network (LAN). With this release, the company is building on its mission to change the way people store, manage and share their digital assets.

In June 2007 Data Robotics unveiled Drobo, its flagship product, bringing to market a new way to eliminate the time-consuming chore of storage management. The product took home 11 prestigious industry awards and accolades in 2007, including several “Best-in-Class” products for the year. Today’s release of DroboShare significantly increases the value and functionality that Drobo brings by providing home or business users with a simple way to share data without the complexity normally associated with Network Attached Storage (NAS) devices or RAID storage systems.

“The recognition we’ve received by users and peers over the last eight months has been astonishing. This tells us that Drobo is truly addressing a need in the industry and we’ve accomplished our goal of redefining the storage experience,” said Geoff Barrall, CEO and co-founder of Data Robotics. “This next release – and the ability to share the Drobo and housed data via a LAN — is the culmination of user input and shows the importance that our company places on the feedback of our customers.” 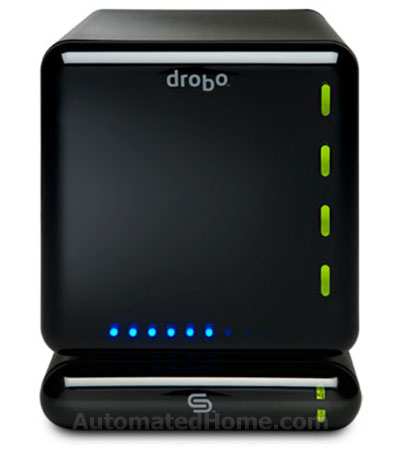 With DroboShare, users can now access the information stored on the award-winning Drobo from any client on the network, including Windows, Apple or Linux computers, as well as other networked devices like Home Media Centers. And unlike other NAS desktop storage devices the Drobo and DroboShare solution embraces ease of use and flexibility by being the first NAS solution that supports all major file systems (NTFS, HFS+, EXT3, FAT32).  Additionally, Drobo has the flexibility to be easily disconnected from DroboShare and then connected directly to a host computer as required.

“We don’t have an internal IT support staff so our quest for a storage product centered on two key things: overall simplicity and the ability to easily create, manage and share data with students across an established network. The product would also need to expand as our organization — and the need for additional storage — increases over time,” said Farrington. “I found the perfect solution in Drobo – my students and I rely on it every single day.”

Features of this solution include:

About Data Robotics
Data Robotics — the maker of Drobo, the world’s first storage robot — develops automated data storage products designed to ensure data is always protected and easy-to-manage. Unlike other storage arrays, however, Drobo uses patent-pending software that is designed for non-technical users who demand reliability without the complexities of RAID. Key features of Drobo include some of the most advanced automated features available — including self-monitoring, self-healing and an easy-to-understand visual status and alert panel.”

Be the first to comment on "DroboShare Addon Turns Drobo into NAS!"