CommandFusion have confirmed the rumours with news of the upcoming release of ‘Solo’, their all-in-one networkable controller.

The company says Solo is designed for the home and commercial automation markets and that it provides all the control ports required for a networked, single room or small installation.

Key features include an ethernet connection, a generous variety of commonly used control ports (see below) and two expansion slots.

We believe the Solo is going to be very popular. It gives the customer more control ports and functionality than most other controllers on the market, the price will be very attractive as well! – said Jarrod Bell, Co-Founder, CommandFusion.

A built in Ethernet port gives the Solo immediate and simple connectivity to any standard network, while the communications expansion slot allows the user to easily add other protocol cards such as the Wi-Fi expansion

card – which will be available at product launch. Along with all the standard control ports you would expect, the Solo also features 10 built in high power IR Blaster LEDs.

The Blaster LED’s flood an area with infrared, allowing for wireless control of devices with an IR receiver. The built in IR Learner means that the user can learn codes directly on the Solo itself, there is no additional equipment required. Upon launch a number of control expansion cards will also be available, these cards will allow for the user to customize the Solo to suit their requirements.

The ability to add additional RS232 ports, IR ports, relays or other control ports will be very simple and cost effective. Open protocols will make it simple to interface with third party control systems, and integration with CommandFusion’s own iViewer mobile application will be a simple affair.

The solo includes a variety of control ports and features including:

The Solo will be demonstrated at CommandFusions booth at ISE Amsterdam, and is expected to be available in the first half of 2014 along with a variety of communication and control port expansion cards. The Solo will have an estimated RRP of under $450 USD (under £330 inc VAT in the UK?)  and will be available through CommandFusion’s distribution network, or directly from the CommandFusion website. 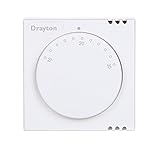