“I’ve just got my thoughts together after visiting the NEC and I thought I’d share my general view that the show (or zone) was pretty disappointing.  As an installer with a business that’s going ballistic it seems odd to be looking at a show that’s shrinking, so I thought a bit of digging as to why was in order.

Let’s get the obvious stuff out of the way first.  The Smart Home Show was not a “Show” this year.  In previous years there’s been separate branding, a separate entrance etc.  This year, the aisles that made up the Smart Home Show were distinguished by a black carpet and some marketing material hung from the roof.  That was it.  The Eco show had more of an identity – and a nicer carpet.

As I walked round the zone there were a few good A list custom installers there – but a lot less than last year.  There was a real dearth of manufacturers and there was just overall a lot less useful info for the DIY installer.  Anyone viewing the event with last year’s show in mind would be pretty let down, but the Custom Installation market is really strong, and interest in digital home convergence has never been higher, so what went wrong? 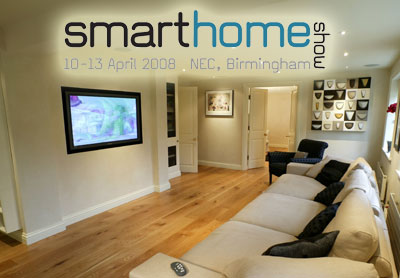 Well one of the biggest issues was timing.  The show clashed with Light & Build in Frankfurt and that meant that a lot of European players went to Germany.  If you went to last year’s Smart Home Show you might have been convinced that the year of EIB/KNX was upon us.  As an installer I think that EIB/KNX is interesting but essentially a waste of time.  As a group the EIB/KNX crew decided Birmingham was also a waste of time and decamped to Frankfurt.  There were a few of the KNX companies there but no mass at all.  Interesting light switches, smart thermostats, loads of promise about what can be done, but utterly feeble AV integration…and people spend money on AV.

Another big factor was the lack of support from any of the major technology providers.  To us, Microsoft, Apple, Intel et al. represent something of a threat.  They are the people that could (and should) open up this market.  This was the show that they forgot or simply chose to not to bother with.  It’s probably the latter.  Both Apple and Microsoft ship media centre interfaces with their core OS and while we wouldn’t use either we understand that lots of DIYers would.   None of the heavyweight custom install players were there either.  No Crestron.  Some AMX on the better Custom Installer stands, no Lutron.  No official “works” teams there at all.

And finally, no major media partner.  In times past, this show has been supported by Digital Home (RIP) and T3.  It was good to see Automated Home supported the show but it probably needs a national media partner who is going to invest in a significant way

As an installer I can say that the demand for beautifully integrated home technology is massive at the moment.  The biggest issue most installers face is finding enough of the right people to employ.  The Smart Home Show was not very good in 2008 but rest assured the Smart Home market in 2008 is very healthy!” 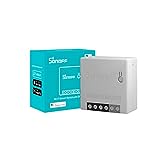