As energy prices concentrate all our minds on saving electricity, those of use with multiple home servers are looking for ways to consolidate into fewer machines running 24/7.

Now that VMWare ESXi is free, there’s never been a better time to virtualise your servers.  Is not all good news though, with access to certain hardware from virtual machines is still troublesome or impossible.  Read on for one home automators experience moving his home to the virtual world.

Submission by Paul Smith – Firstly you have a PC,  Then as technology moves on you want to upgrade and find that the easiest way to do so, is to reinstall from scratch and spend hours getting a new machine back to just how you liked it.  As technology cost drop you then start to invest in more machines so that you can dedicate certain tasks to different machines, which allows you to play with one whilst leaving the others to get on with the tasks in hand.

Everything is working well until SWMBO asks why the electric bill is so high. You look around and start to find out why.  I found that I have a total of 4 pc’s running 24/7 and a whopping 20 hard drives spinning. (2 in each PC, 4 in two  TiVoís, 4 in two DVRs, and 4 more in a Nas Box).  One PC is running Linux, Using Zoneminder and Asterisk PBX. Another is running SBS2003 for exchange. Another is running Win 2k3 and the last one is XP pro. Thanks has to go to the people on the UKHA group as this is where I first heard about VMware.  In a nutshell, there is an underlying OS (Win, Linux or Bare Metal) and then this divides the host in any number of VMís.  A VM is a complete machine in its own right, you turn it on and get a BIOS page as you do when you switch on any PC. You then load an OS and away you go. 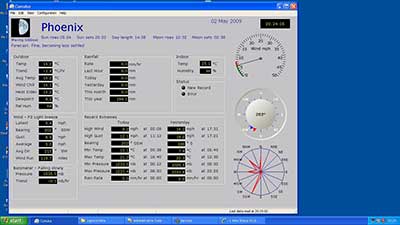 I installed VM server onto my SBS2003 Server and started to have a play.  In Vm Server 2 itís all web based. So you fire up a browser and login, create a new VM and install an OS.  So far I have only created Windows VMís.  Using remote desktop I can login to the VMís and use it as I would any other PC.  There are some limitations when you try and get access to hardware in the underlying host machine, only certain devices are supported, but more are being added all the time.

Moving to a VM is not hard to do as you can get some software to help migrate from a real PC to a VM. In windows you may find that it complains about changed hardware and needs activation.  All in all though the benefits seem to out way the problems. 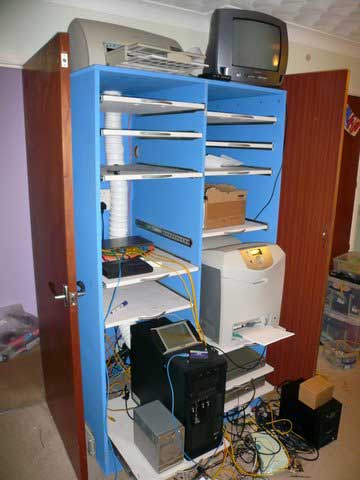 After a few weeks it became apparent that I had a hardware fault on the server and this is where VM machines really show off. I ordered a new server and installed a base os (Win2k3 64bit) . Installed VM Server and within minutes and very little down time I copy the VMís from the old server to the new one and everything is happy.  Since then I have now expanded the number of VMís I run and dedicate machines to different tasks.

Up until recently I still had two machines running. The VM Server and the Linux PC. It was now time to rebuild the server to solve this problem. I switched on the old server having fixed the hardware fault and temporally moved the VM back to the old Server.  I now install Ubuntu Server, on the server and configure VM Server. Copy the VMís back from the Old Windows server and everything runs fine.  Since then I have now got a Linux Server supporting Zoneminder and Asterisk, along with VMware Server, running Windows SBS2008, Win2k3, SBS2003,XP * 6

So in conclusions my experience vrtualising my home servers has been very worth while.  Lets just say VMware Rocks!