Automated Home regular Tim Hawes recently moved his telly out if range of a standard HDMI cable.  This created the opportunity to try out one of the highly regarded HDBaseT units that send 1080p HD video, plus 5.1 audio, IR control and power for the receiver all over a single Cat5 or Cat6 cable.  (The HDBaseT Alliance recently announced v2 of the standard which adds USB 2 to the mix too).  Read on for Tim’s experience with these mid-priced units…

Having moved our main TV for the umpteenth time, and it now being much too far away for a direct HDMI cable, I needed a signal extender solution. CPC were offering a couple of Pro Signal units for reasonable money – not cheap but also not in the matrix-solution category either.

The key features that sold this were:

The units are very simple to use, just plug the HDMI and ethernet cables in and away you go. There’s no switches to set, nothing to configure, just plug and play.  Three LEDs indicate power, link and HDCP. They come very well packaged in quite a large box for the units’ size.

There’s not much else to add. Picture quality is excellent, full 1080p HD is supported, it really is a “plug-in and forget” device.

The alternative units (p/n: PSG03654, £202+vat) have all the same features as my units but also extend RS232 signals as well. Not that I do have any but it would’ve been a ‘nice to have’. The ones with RS232 are also quite a bit larger than the ones I got – if you’re mounting behind a wall-mounted TV that may be a consideration. Curiously, these are a bit cheaper than mine, I don’t know why!

There are also lower cost options at CPC but these don’t appear to be HDBase-T units, don’t do the PoE, and also don’t have IR return. Some also need 2 Cat5/6 cables rather than just one. They are around a quarter of the price, and may do what you need. I haven’t tried any other units so can’t comment.

I am very happy with mine, however.

1 Comment on "HDMI over Cat5 – A Home HDBaseT Extender Review" 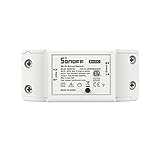 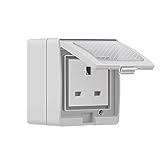 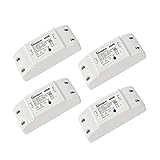